P is to Dance

Most of you probably don’t know this, but I dance, albeit very badly. I actually take Belly Dancing classes, and this semester I’m taking Belly Dancing and Ballet.One of the most basic ballet steps is called the Plie.

Now I consider myself to be the least graceful person alive. I’m not coordinated. I’ve been hit by five cars. I fall down for no reason. I have no center of gravity, or if I do, its’ changing all the time. I’ve been told its cause I have wonky ears, and while I think I have perfectly ordinary ears I like the term wonky.
The thing is, the plie is actually a centering move. Apparently it helps you find your center of gravity or something like that, according to my very philosophical dance teacher (picture a yogi of ballet), and maybe, just maybe ballet might be helping me find a center of gravity.

You might think, that two different forms of dance that originated in very different parts of the world would be very different from one another. But even though they are very differnt, alot of the moves are the same. Belly Dance doesn’t have something thats quite the same as the Plie but they do have several other centering movements that are similar, and then  they have some moves that are almost exactly the same. 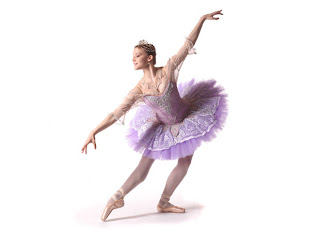 Take for instance the grape vine. If you’ve ever taken a dance class, you’ve probably been forced to learn the grapevine (think electric slide). Its a basic step in Israeli folk dance, American folk dance, (probably all folk dance really) Belly Dance, and it’s used in Ballet too.

I don’t think this should come as too much of a surprise since dancing is just walking in a funny order, and there is only so many different ways you can walk.

What might be surprising is that dance is pretty central to every culture out there. It’s a universal non verbal communication. And I always love it when I’m reading something and they talk about dance, not as a central theme, but as something that happens when a large group of people get together. It makes a fictional world feel more real to me.

For all you writers out there, do you include dance in your worlds? Would you?

Readers, do you notice when authors include dance?